The perfect balance of sweet and tart, the mikan [みかん] (or mandarin orange) is undeniably one of the most delicious fruits. As the most popular type of Japanese orange, the mikan holds a special place here in Japan. So special, in fact, that every year on the second Sunday of October, a festival is held to celebrate it! The festival is known as ‘Mikan Mastsuri’ and is held at the Kitsumoto Jinja, a Shinto shrine in Kainan, Wakayama.

It just so happened that the Mikan Matsuri for 2016 was yesterday, day three of my internship here at Kannonyama Fruit Garden, and I had the pleasure of attending it with Kannonyama owner, Yoshi.

The festival began with a very traditional Japanese ceremony held inside the shrine. Most attendees were representatives of the neighbouring fruit companies and each brought offerings of mikan products from their respective farms. The ceremony was led by the ‘Kannushi’, the temple leader, accompanied by his son as well as a young girl called a ‘miko’. Admittedly, I didn’t really understand what was going on or being said, but nevertheless, it was fascinating to be able to witness such an intricate ritual showcasing the rich Japanese culture. Highlights included a procession of food offerings, a beautiful dance by the young miko, a blessing by the Kannushi using an object called a ‘nuki’ and a performance by a children’s choir. Following the ceremony, there was a dance display of the ‘komainu’, a kind of lion-cross-dog creature commonly seen at Shinto shrines and celebrations. The dance could be likened to the dragon dance seen at Chinese festivals where a dance team manipulates a flexible figure to mimic the movements of the komainu. The dance depicted a fierce battle between the komainu and human warriors and was a mesmerizing sight. However, I have to admit I felt sorry for the dancers at the back who held their arms high for almost 30 minutes! Kudos to them. The next and final part of the festival was by far my favourite – an activity known as ‘mochimaki’ or rice cake scattering. Basically, mochi and candy is thrown from the second-story of a building into a crowd of people below and the aim is to catch as much food as possible, using whatever tactics you can. To my surprise, the Kannushi offered for me (the only foreigner at this small-town event) to do the throwing – a rare and sought-after opportunity for which I am very grateful. It was soooo much fun. I’m not sure if it was the power or the hilarity of seeing people scrapping for food, but it was an experience and a sight I will not soon forget.

The festival was a unique and delightful event and I have to say that I now have more appreciation for the little orange citrus. It was a great start to my internship here at Kannonyama Fruit Garden, and I can’t wait to see what’s in store next…

[By Taylor – Kannonyama intern from Australia] 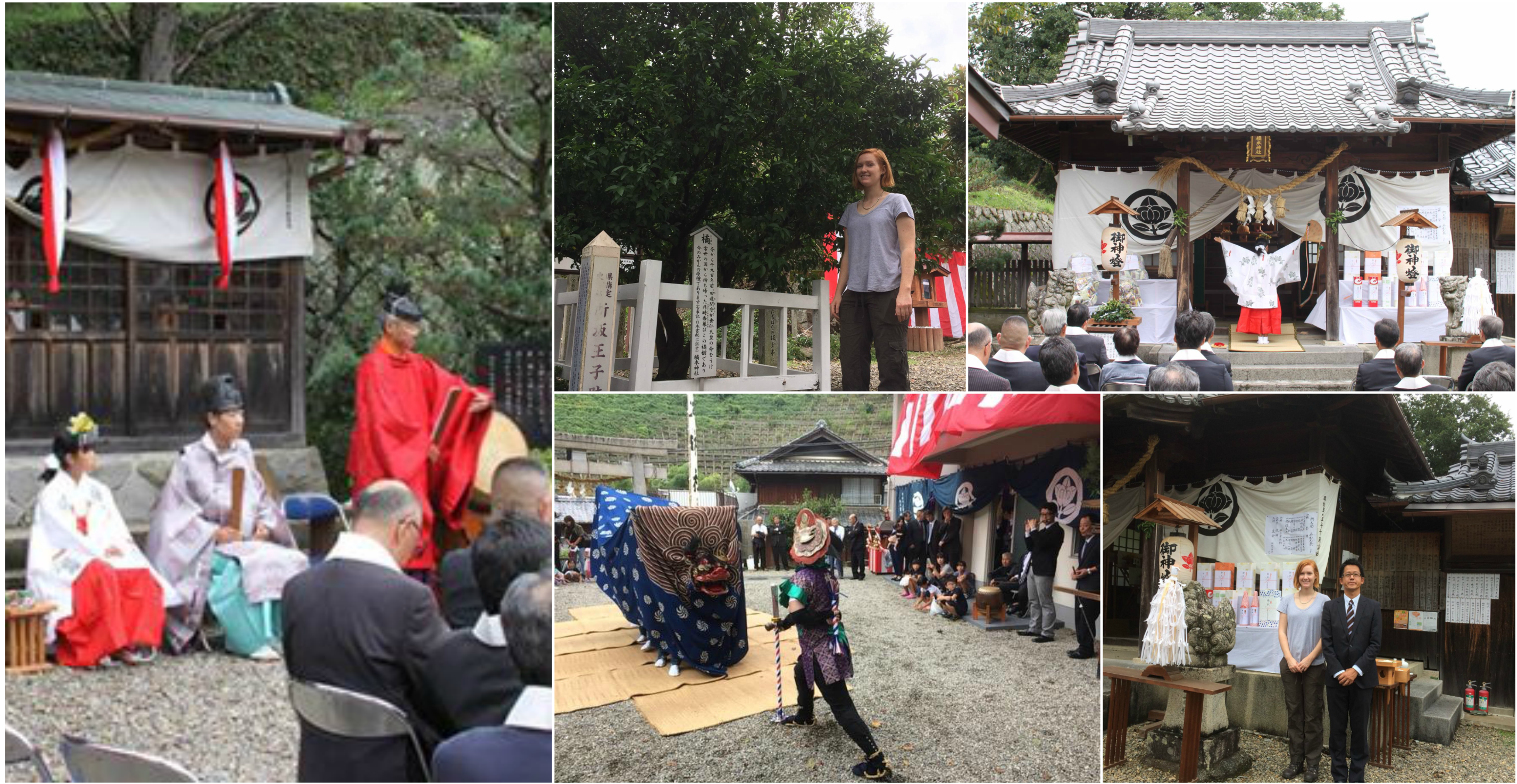